A downloadable lead sheet for “Letter to America,” a song by Cindy Kallet. Transcribed in music notation, along with lyrics and chord symbols. (To listen to the song, click the play button a little further down this page.)

You can listen to the song below. (It may take a few seconds before playback begins.)

You may buy a download of this recording HERE.

We are donating half of the proceeds from sales of this lead sheet to these two charities: 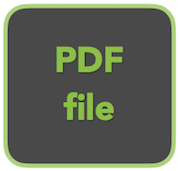 You're viewing: Letter to America, Lead Sheet (Music Notation)
Set Your Own Price