Gordon says: Working in Philadelphia in the ’60’s, I met Sara Stepkin Goripov and Nadja Stepkin Budschalow, two Khalmyk Mongolian sisters from Serbia, who gave me and taught me many songs in Khalmyk, Russian, Serbian, Tibetan – and even a couple from Germany, where they had lived in the D.P. camps. This one is traditional Serbian.

They sang hundreds of songs and chants in many styles; Cindy and I sing “Yanka” the way they did, in what Sara called the “Western style.” Once, when I asked them if I should be singing their songs without the ballast of the sound or the people behind me, they said: “Better the songs survive with you than they die in purity.”

The three Turkish young men (soldiers) honored Yanka, their enemy. They gave him every way out, and his pride wouldn’t let them take those ways, and it is his mother who must ask the question.

Be the first to review “Janko (Yanka) – Song Download” 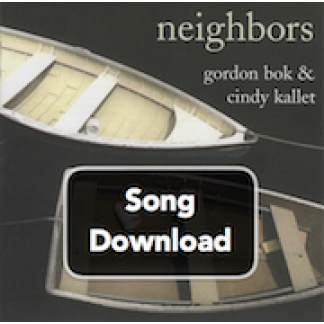 You're viewing: Janko (Yanka) – Song Download
Set Your Own Price