The title of the first jig in this selection may refer to Liscarroll Castle, a 13th century fortification in Mallow, County Cork. “Maguire’s Kick” can be found in Captain Francis O’Neill’s The Dance Music of Ireland, 1001 Gems, where it appears as #389 in the single jigs section. The great fiddler James Kelly learned it from his father John as “McGuire’s March.” Grey learned it from another master fiddler, Kevin Burke, as “The Rolling Waves.” Still others refer to this tune as “The Lonesome Jig.” We play it here in the key of F instead of its usual key of D. 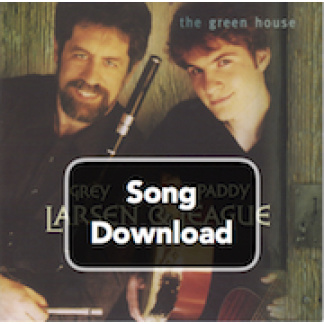 You're viewing: The Walls of Liscarroll/Maguire’s Kick/The Lark on the Strand – Song Download
Set Your Own Price