Betty and Beauty is a traditional waltz from the repertoire of Bloomington, Indiana fiddler Joe Dawson (1928-2012). Joe named the tune after his beloved draft horses, Betty and Beauty, with whom he worked his farm in the 1930s and 1940s.

Joe and Grey were neighbors and great friends. Starting in 1999 they played music together as Joe, with great care and joy, passed along his treasury of traditional southern Indiana fiddle music to Grey and to his other music friends.

André composed Le Petit Coeur en Chocolate (The Little Chocolate Heart) in the 1980s after a very nice person gave him a little chocolate heart for his birthday. As with many other potential-filled situations during André’s younger days, nothing became of this one – except this waltz. 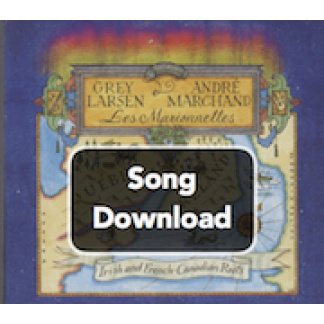